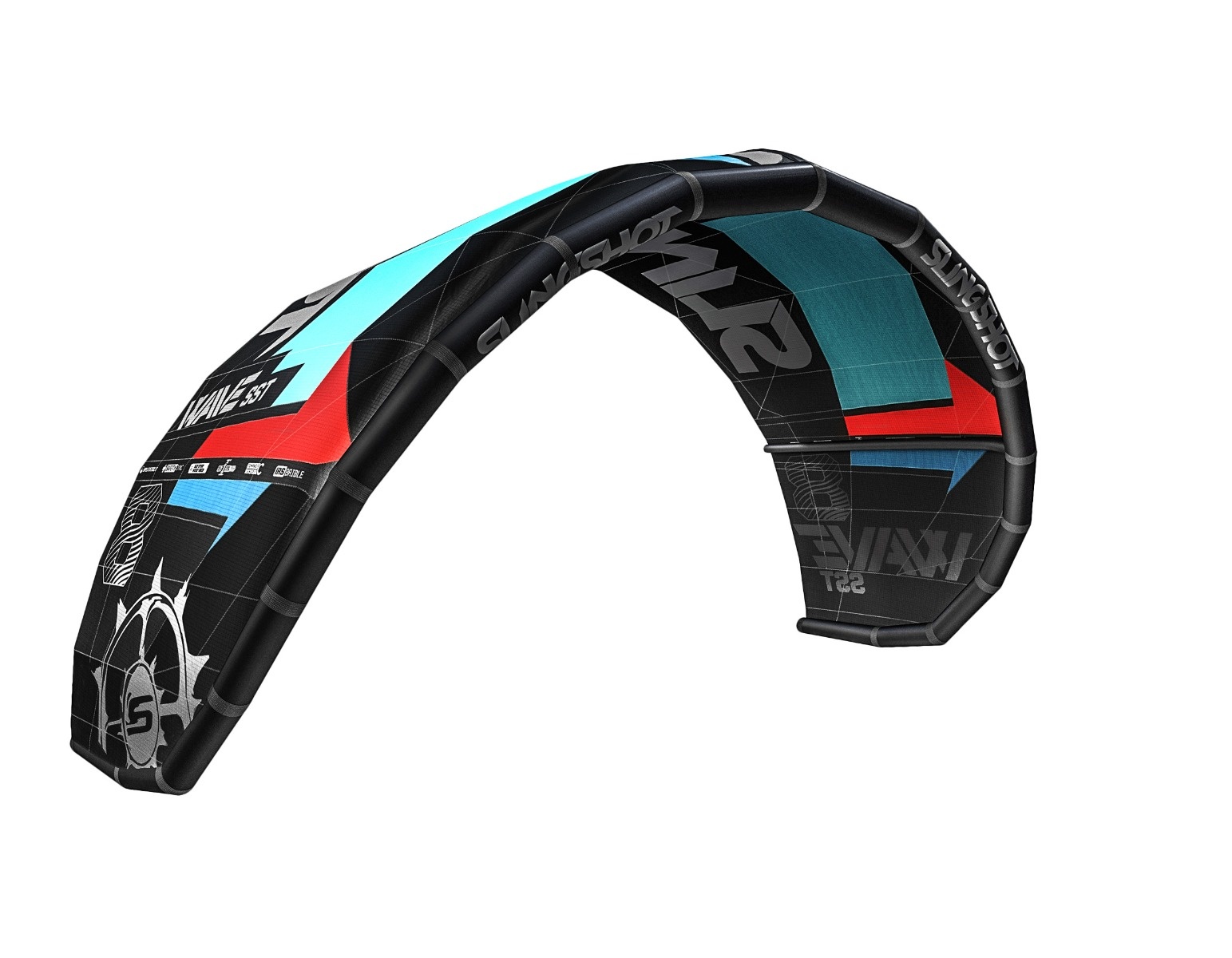 Slingshot is thrilled to introduce a radical new kite to its 2016 lineup – the Wave SST. With a design that will redefine the meaning of a true surf-specific kite, the Wave SST (Slingshot Surf Technology) features a Compact-C canopy and compact direct-connect bridal that looks like a cross between an RPM and a Rally, but performs unlike any kite on the market.

Built with significant and unrivaled upgrades to Slingshot’s already bombproof construction, the Wave SST (offered in 6, 8, 10 and 12 meter sizes) is sturdy enough to take a pounding in the surf, but light enough to track magically downwind, downloop on a dime and whip across the window at the flick of a wrist. For kiters serious about taking their wave skills to the next level, the Wave SST is the kite to take them there. The Wave SST is equipped with a modified version of Slingshot’s revolutionary new shock-absorbing IRS bridal (featured on the 2015 RPM), which provides instant feedback and response, unrivaled stability and is condensed enough that it can’t get wrapped around wingtips if rolled in the surf. With a shape that favors serious downwind drift, unbelievable turning speed even when fully sheeted-out and a feather-light feel when shredding down the line, slashing faces and bottom-turning, the Wave SST has set a new standard for what a wave kite can do for its riders.

Slingshot coined the term “Surf Tough” nearly 15 years ago with its unique seam technology, and its designers have taken that concept to another level with the Wave SST. The kite is constructed with an extra heavy duty Rip Stop Surf Grid canopy material and has extra panels reinforced in a gridded quilt pattern to provide increased strength in the event of a water landing. These upgrades compliment Slingshot’s already rock-solid construction that makes Slingshot kites the most resilient on the market.

Although built specifically for surf, the Wave SST is also an outstanding kite for easy-going strapless riders and the rapidly-growing faction of foil boarders due to its incredible depower, feather-light feel and unrivaled turning characteristics. For customized performance, the kite features three trailing edge attachment points which result in more or less bar pressure and sensitivity depending on which point is chosen. All of Slingshot’s 2016 kites come with the new One Pump Speed System, which increases inflation efficiency to get you out on the water faster and with less energy than before.

Turbine rider profile:
You’ll love the WAVE SST if you’re a dedicated surfer, foiler or kiter looking for superior downwind tracking and on-a-dime turning performance. The WAVE SST has no problem boosting, looping or unhooking, but it truly shines in surfing and foiling disciplines of the sport. If you’re an experienced surfer or freeride kiter who isn’t concerned with big air or unhooked maneuvers, you will be enamored with the WAVE SST.